Field Note #19. On "Hazlitt's Economics in One Lesson"

The beauty of crypto as a research domain is its rhizome structure, demanding multidisciplinary perspectives.  Particularly in the (vocal) Bitcoin communities, the reflexive parroting of Austrian economic principles is well observed.  As with all hyperbole, there is a root truth.  Exploring the possible root led me to Hazlitt's concise text, not from Twitter circa 2022, but from a thoughtful book circa 1946.

(Further exploration of this stem must lead to von Mises, Rothbard, Menger, Bastiat.)

Notes to self (and newly found intellectual jogging + jousting partners):

Hazlitt's Critical Lesson.
"We are all accustomed to measuring our income and wealth in terms of money. The mental habit is so strong that even professional economists and statisticians cannot consistently break it. It is not easy to see relationships always in terms of real goods and real welfare. Who among us does not feel richer and prouder when he is told that our national income has doubled (in terms of dollars, of course) compared with some preinflationary period? Even the clerk who used to get $75 a week and now gets $120 thinks that he must be in some way better off, though it costs him twice as much to live as it did when he was getting $75. He is of course not blind to the rise in the cost of living. But neither is he as fully aware of his real position as he would have been if his cost of living had not changed and if his money salary had been reduced to give him the same reduced purchasing power that he now has, in spite of his salary increase, because of higher prices. Inflation is the autosuggestion, the hypnotism, the anesthetic, that has dulled the pain of the operation for him. Inflation is the opium of the people." (Id. at 173-174)
Published in:fieldnote 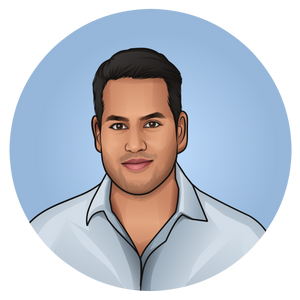 Field Note #18. On "Simplistic (and Basic) Justification of Tokens"